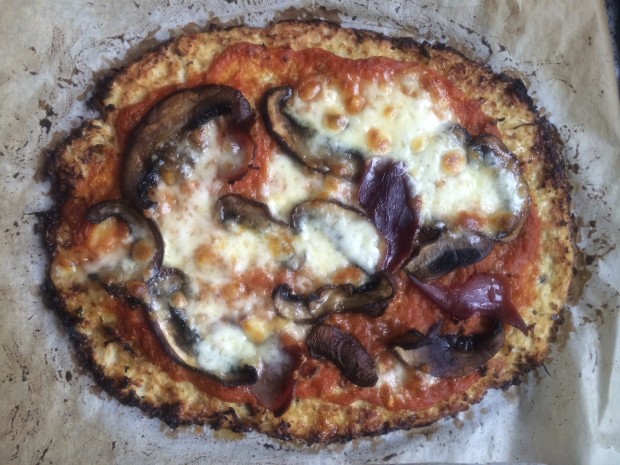 I’ve seen a lot of talk about cauliflower pizzas for some time now. As I cook a lot of gluten free food at home, I thought it would be a great thing to try. I had a brief glance at a couple of recipes online, and decided to make my own version.

Since my first attempt, I’ve made this a couple of times, refining the recipe each time. I have made the base using hand grated cauliflower, which works well, but the process is vastly sped up by using a food processor.  In fact, making the pizza base this way is much quicker than making a flour-based pizza base, be it gluten free or with wheat flour.

The resulting base mixture is soft and has to be shaped by hand into a pizza-like disc. Once baked, it’s crispy around the edges, and although it doesn’t look and taste quite like pizza as you know it, the flavour is actually delicious and flavour-wise blends well with the flavours you’re most likely to use to top a pizza.

I highly recommend making the roasted tomato sauce to top your base, too. It is very simple and quick to make and adds a wonderful depth of flavour to the pizza.

400g cauliflower, grated or blitzed in the food processor to fine chunks

To make the base, preheat the oven to 220C Fan. Cover two large baking trays with baking parchment and set aside.

Mix the parmesan and egg together in a large bowl and add the slightly cooled cauliflower. Stir until well combined. Divide the mixture between the two trays and shape into a pizza base shape by hand. Watch it is not too thick, particularly in the middle.

Top with sauce and your toppings and bake for a further 10-12 minutes until the toppings are melted and bubbling. Serve immediately.

To make the tomato sauce, place the tomatoes and garlic cloves, skin on, onto a baking tray. Drizzle with olive oil, season and bake at 200C for around 20 minutes until the tomatoes are tender. Remove from the oven. Squeeze the garlic out from the skins. Blitz the tomato and garlic together in a food processor or blender until smooth. Use to top a pizza base immediately. It also freezes well

I topped this pizza with mushrooms, prosciutto and mozzarella. I find that placing raw sliced mushrooms onto a pizza base can make it soggy, so I always cook them first. Simply slice the mushroom and cook in a little olive oil over a high heat for around 10 minutes. Then use to top the pizza. 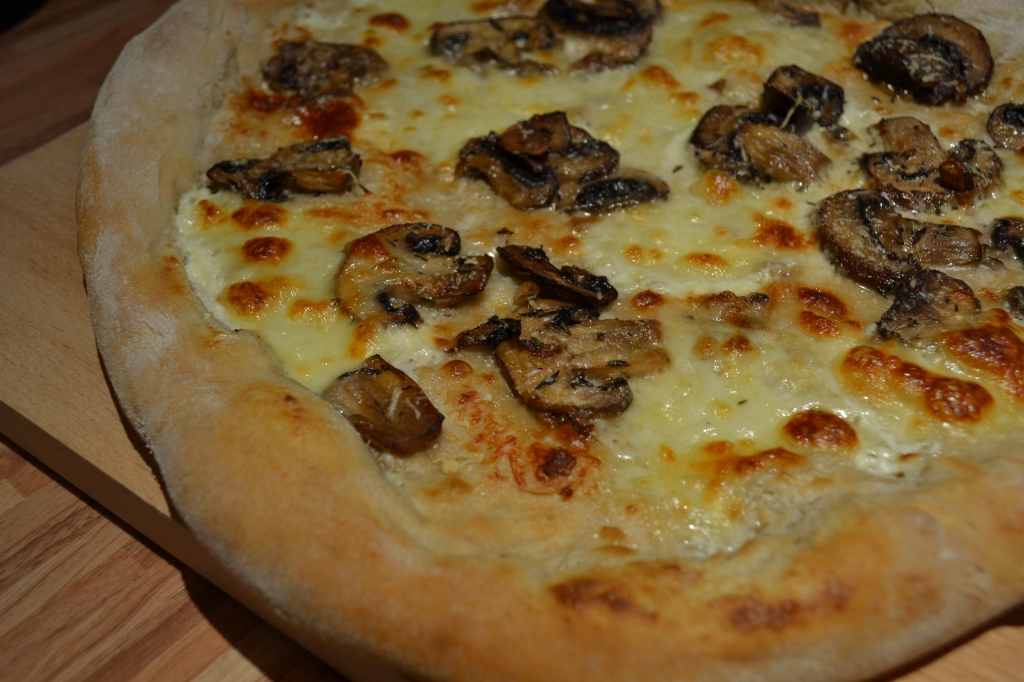 I’m fortunate enough to consider cooking as a great fun pastime, and now, my full-time career. I’m so lucky to be doing what I am doing now, and I enjoy every day. I know not everyone feels the same way about food, and know that some older relatives found cooking as a chore: getting another meal on the table, day in, day out.

Most people I know though love cooking for friends, even if they don’t enjoy day to day catering so much, and I am no exception. I think when cooking for friends, playing it safe is always the way to go – simple, delicious food you know everyone will love. I really don’t buy in to cooking fancy dishes to impress. Cook something simple really well, using lovely ingredients, and that will be impressive in itself.

And that’s why, as my friends will testify, I often make pizzas. Easy to put together after work, and perfect with a glass of wine. Home made pizza is so much better than bought, and you can vary the toppings to suit your guests tastes.

The recipe I most often use is this one. I’ve lost count of the number of times I have made it. Good quality flour makes all the difference, too. I use Stoate’s stoneground flour, which is locally milled in Dorset. It adds a real depth of flavour to the base.

Don’t be scared of making dough either. Just make sure you add warm water to the dough and leave it in a nice warm place to rise, it will work. Do give it a try. 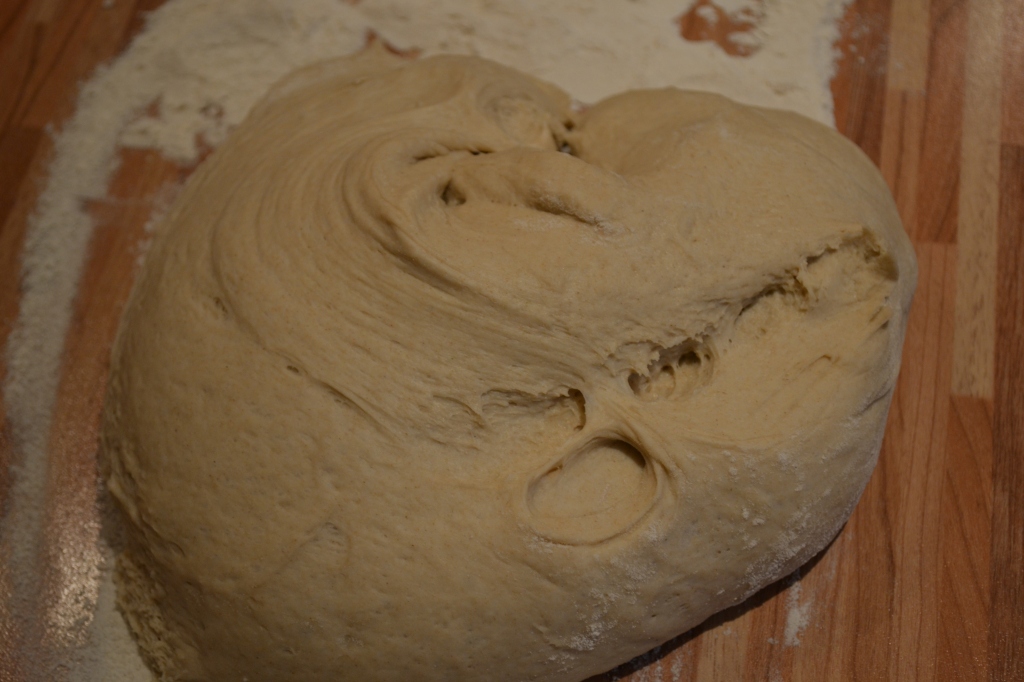