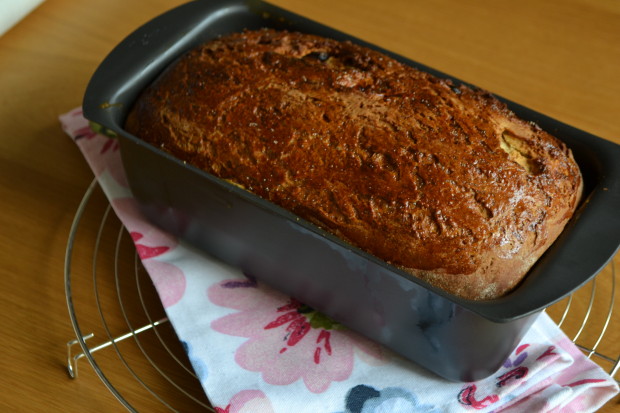 I really fancied making a sweeter loaf of bread this week, and this cinnamon and sultana loaf came to mind.

I love sweet breads, but this one is really not too sweet at all, just slightly sweet, and essentially, just a slightly healthier version of a cinnamon bun, which is always a winner for me.

It is National Bread week this week, and the nice people at Mermaid have very kindly sent me the lovely 2lb loaf tin in the photo above, which is absolutely fantastic. I find sweet breads, made with a softer dough than traditional loaves do have a tendency to stick to the tin a little more, but this loaf released from the tin effortlessly. I hope you enjoy this recipe as much as we have – a real hit here! 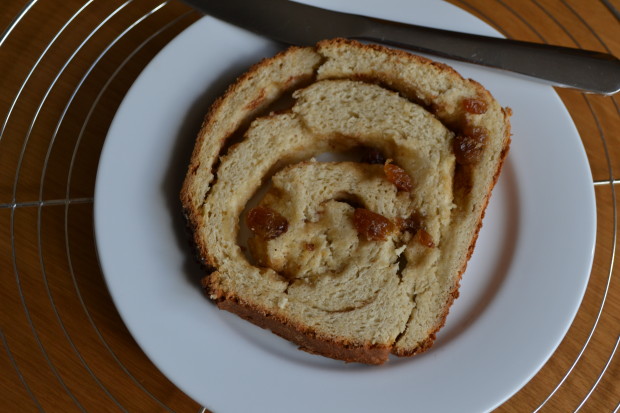 2)   Warm the milk to it is lukewarm temperature and add the butter. Stir until melted, and pour into the flours and sugar, along with the eggs. Mix well.

3)   Mix until it forms a stiff dough and knead for around 5 minutes.

4)   Cover with cling film and allow to prove in a warm place for around 2 hours until it’s doubled in size.

5)   Now, knead the dough briefly for a minute or so and roll out on a floured worksurface to around 2 cm thick and the height the same as the length of the loaf tin.

6)   Sprinkle the cinnamon and sugar over the dough. Brush it with the melted butter and scatter over the sultanas.

7)   Roll up the dough lengthways so you end up with a swiss roll shaped piece of dough the length of your baking tin.

9)   Now, preheat the oven to 190C. Brush the loaf with beaten egg and bake for 30-40 minutes until the crust is browned and crunchy.

10)  Serve warm on its own or spread with butter. It’s also delicious toasted.